The walled city of Cartagena on the Caribbean coast of Colombia is mostly known for its tourism, sandy beaches and as the former residence of Nobel-prize winning author Gabriel Garcia Marquez, but this hides a darker history.

The dark story of Cartagena‘s paramilitary groups, rebel guerilla’s, narco-trafficking and gross human rights abuses is starting to be told by a growing number of academics and social leaders as a way of addressing the gap in the historical memory of the region.

Pablo Abitbol is one of those academics and social leaders. Abitbol is German-educated Colombian political scientist who teaches at the Technological University of Bolívar (UTB) and coordinators the Grupo Regional de Memoria Histórica. The Group is a small research institution attached to UTB. It’s focused on the active reconstruction of the collective memory of Cartagena, Bolívar and the Colombian Caribbean. It represents a growing movement in Colombia that is attempting to come to terms with its history of conflict that calls for the accurate telling of the country’s historical memory.

“Historic memory” refers to the way people live with the past and how they generate meaning based on past experiences. Jörn Rüse, a German historian and philosopher, argues that historic memory needs go further as an idea. He says societies need to instead aim for “historical consciousness”. Rüse defines historical consciousness as when an individual and collective understands the past in its complete form by acknowledging the cognitive and culture facts that form that understanding as well as the relationship between the present and the past.

It’s this process of building historical consciousness which Colombia is grappling with at the moment. In the past, Colombia’s history has been mired in a cloud of competing interests that have obfuscated the accurate story of many of the atrocities which have happened. By having clear processes for addressing this gap in the historic memory, Colombia is attempting to move forward and avoiding repeating the mistakes of the past.

The process of rebuilding historic memory in Colombia was legislated in 2011 as part of the Victims Law. The law made it a right to know the truth. At the time José Miguel Vivanco, Americas director at Human Rights Watch, said that Colombia had taken a major step toward addressing the legacy of violence and abuse by advancing “the fundamental right of forcibly displaced people and other victims to obtain reparation for the abuses they have endured.”

This new right was seen as an important part of Colombia’s wider transitional justice processes. Through the Victims Law, the state has a responsibility to construct an official history of truth that is correct. This includes archives, oral testimonies, conducting investigations, running shared community activities and providing educational materials for schools. However, until recently Colombia’s history was not compulsory in schools.

This obligation of the state is significant as the Colombian Government — especially the military — has a troubled history of hiding the truth. For the Colombian people, this is captured in the “false positives” scandal that found the Colombian Military committed atrocities against children and civilians while claiming they were a part of the FARC when they weren’t. This was done because of bonuses paid out if a military unit met a particular target for combatants killed. The recent murder of children by the military have re-opened these past wounds with clear parallels to the false positive’s scandals. That’s why this duty to tell the truth and build an accurate collective memory on the part of state is such an important aspect of Colombia’s transitional justice process. 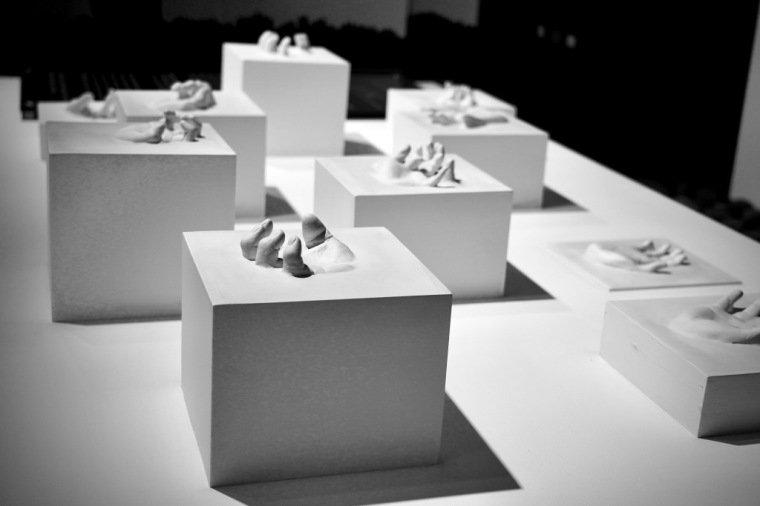 The National Center for Historic Memory (NCHM) is the main independent entity which has been tasked with the long-process of building the collective memory of Colombia’s history of conflict. According to the former head of the Center, Gonzalo Sánchez, it’s work is “breaking with the usual experience of countries affected by violent conflict, the armed confrontation in [Colombia has unfolded] in parallel to the increasing confrontation of memories and [growing] public demands for justice and reparation.” In 2016, the Center published the ¡Basta ya! (Enough is enough!) report which aimed to coalesce the more than 50 publications into a coherent narrative. The report was significant as it was a step outside of the traditional approach of the Center which aimed to address the differences and contradictions in the positions of the actors in the conflict, and explicitly recognize their responsibility while ensuring the victims are recognized fully.

While the Center has worked hard to pull together extensive reports on the conflict many of its report have been less successful at penetrating the collective memory of the Colombian people. Unfortunately, this has left Colombia is a fractious state whereby a lack of collective memory is undermining the peace process. The current Government has further attempted to further undermine the movement for memory by appointing a new director that has a history of undermining the past work to tell the truth of the conflict.

Non-governmental organisations (NGOs) are filling the gap by conducting their own investigations and publishing their own reports into atrocities that has fallen outside the purview of major fact-finding missions. The motivation for this work comes at a time when the Special Jurisdiction for Peace ramps up its efforts to look into large matters that are being prosecuted before it which require initiation by third-parties such as NGOs.

Skepticism remains on many fronts that this movement for memory is having the intended large-scale impact that is needed. Even in the more left-leaning Bogota, a debate is being waged as to whether the current Memory Center memorial is in the right location — with calls for it to be moved. The Memory Center plays an important role as a place of healing with school children coming to process the impact of the conflict and provides a space for families to remember the victims. Despite this resistance the movement is a much-needed intervention if Colombia is to take a different path after it’s over 50 years on conflict.

But this movement will need serious work if it’s to succeed with buy-in across the political spectrum. This remain the movements largest challenge — as many in the political elite, especially in local municipalities, have secrets to hide that makes the truth of the conflict a risk to their power. Early reports indicate that this is a motivating factor behind the rise in the murder of social leaders and human rights defenders who are fighting for the truth.

Nonetheless, the fight for truth will continue as indicated by the recent growth in protests and civil society for the accurate telling for Colombia’s past. The former director of the NCHM, Sánchez, sums up the importance the movement for historical consciousness the best by describing memory as the “expression of rebellion against violence and impunity”. Without it, Colombia will inevitably repeat the mistake of its past unless it uses them to inform the present and the future.