I’ve been back in New Zealand for a little over three weeks now, and it honestly feels surreal. I now see what people mean when they say it feels like they never left. These past six months have been a whirlwind of amazing experience after amazing experience, and being home it almost feels like it was all a dream. I didn’t really know where to begin when I thought of trying to sum up how I felt about my trip so I thought I’d give a few of my favourite moments from my time abroad…

As I’ve said previously, I chose Europe as my exchange location so I could travel far and wide and I’ve certainly taken advantage of the proximity. I’ve totalled 20 countries in the six months I’ve been away from home, across three continents. In particular, a month long solo trip I did in November was one of the most rewarding adventures I’ve ever done. I travelled to Istanbul, all around Egypt and Jordan, then to Prague and Paris over a period of 25 days and, despite the isolation you feel while travelling by yourself, the freedom and independence I felt while away made it so rewarding. I am now the queen of packing my whole life into a carry-on suitcase – plus, I made some new friends along the way!

Another incredible opportunity I had was participating in the Student Nobel Nightcap, which is the annual after party hosted by university students for the attendees of the Nobel Prize awards which are held in Stockholm every year on December 10th. I signed up to work on the night as well as helping with the lead up to the event. This was a really cool way to meet people from all over Stockholm, and serving champagne to Nobel Prize winners was a bonus too!

Finally, my exchange would have been nothing if it wasn’t for the amazing people I met in Stockholm. I can truly say I have made some friends for life, who I have shared this crazy, once in a lifetime experience with. They were also the hardest thing to leave and we’re already planning various reunions, although New Zealand has never felt so far away than it does now.

If I could give any advice it would just be to go for it. Moving abroad is something you never feel like you’re ready for, but eventually it will feel like the easiest, most rewarding thing you’ve ever done. Not everything is as glamorous and effortless as pictures make it seem. There were definitely moments of crippling homesickness, nights sick in bed just wanting to be with my Mum, and the dreaded December where all the Kiwi summer pics started rolling in and I was facing -24 degrees. However, through these moments I just had to remember why I left in the first place.

This will be my final post for the 360 International blog. I hope anyone reading this has been inspired to take the plunge and go on an exchange of your own. If you have any questions, or want to chat, feel free to contact me on lred135@aucklanduni.ac.nz or reach out to me on Instagram where I’ve posted heaps more pictures at @lucyredwood. 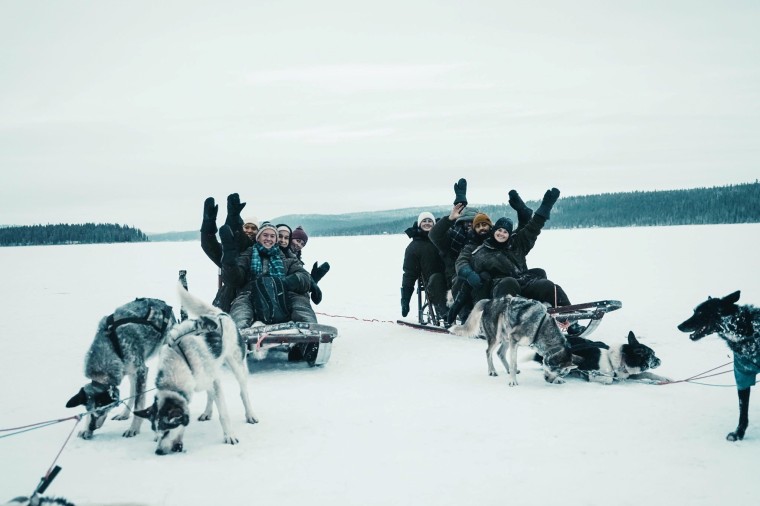