Let’s hear what our students have to say… 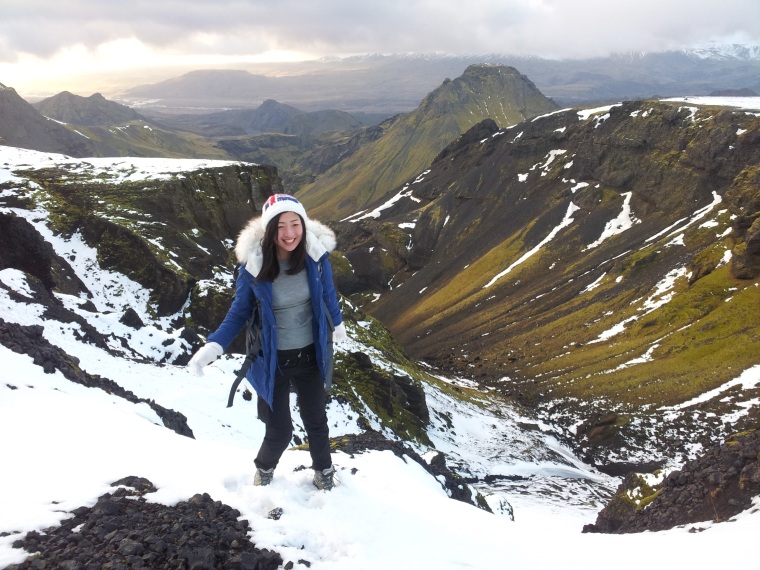 Joanna:
I landed in Iceland without knowing a single person, without knowing what to expect, yet as my departure date steps closer one calendar block at a time, my heart aches as I say goodbye to this beautiful place I now call home. Living in Reykjavik has been like discovering a soul mate in the form of brightly coloured houses that resemble toys, and a creative energy that seems to have painted everyone in the vicinity. It is a quaint city with so much personality. Tiny cafes, comfortingly cozy with mismatched armchairs, candles in wine bottles and aged books on peeling shelves. The record stores that invite you to sit and listen to music in peace as the owner offers espresso in white china, and always, always looming in the near distance, the giant mountain range Esja with its snow-capped peaks. This city is individual, with fearless, beautiful people donned in impeccably artistic outfits as they sip their coffee. There are no fast food stores, no American pop music blasting from shop doors, no clichéd ideas of what a modern city should resemble. It’s unlike any other place… I mean, the people believe in elves! What a surreal dreamscape.

I have been here for nine months. When I first landed I felt lonely and despondent just thinking about how far away from home I was, but within a few days I had made friends and began to feel less afraid of exploring. Erasmus is an international student network organization that operates around Europe, and the group here in Iceland organized excursions such as hikes and activities such as pub crawls, along with parties in a local bar every single weekend. For the first three months I lived in the student dorm which was newly built and better than any student dorm I could have imagined.

I would often go on road trips. Driving outside of the small city is breath taking… There are so many spots that are perfectly sublime. Icelandic people have a strong connection to nature and work hard to protect it, with 85% of the country’s energy coming from renewable sources. 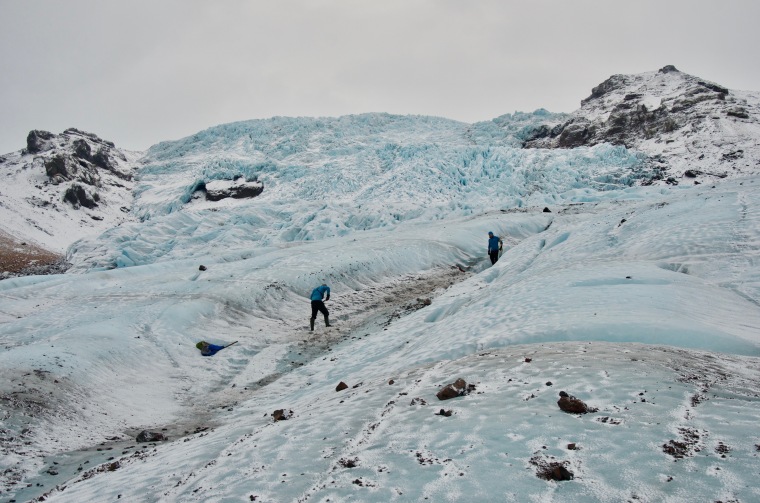 Andy:
Iceland is a great country for outdoor activities and carries a reputation of being environmentally friendly, in a way it is like the New Zealand on the other side of the world. The people there speak Icelandic, a unique language that is still very similar to the language of their old viking ancestors. It is common in Iceland to eat lamb, seafood, skyr (similar to yogurt) and liquorice. If you want to be more adventurous you could try the fermented shark (Hákarl) paired with the black death liquor (Brennivín). The living cost in Iceland is higher in comparison, but if you stick to buying groceries at the Bonus supermarket it is not as bad. Agriculture is more difficult to grow in their soil, so they either import or grow them using geothermal heating in greenhouses. All of the electricity in Iceland is derived from renewable sources and you will never run out of hot water.

The classes in the University of Iceland were taught in a familiar way that is not so much different from Auckland and it was not difficult to make friends as other students were also eager to meet new people. During some of the group assignments Icelandic students can seem unengaged, this could be because English is their second language and that many of them had families to take care of which I found surprising. I travelled almost every week in Iceland to a different part of the country, because there are just so many things to see. The most popular destinations are along the ‘golden circle’ and the south coast, but you shouldn’t miss going to Snæfellsnes in the west, Akureyri in the north and the Westfjords in the northwest. It is easy to go on a trip, find enough friends to fill up a rental car, book your hostels then off you go. Camping and tramping are also very common in Iceland with many routes to choose from in the highlands, but be careful to not risk it during winter. The weather in Iceland can also change abruptly so be sure to bring appropriate clothing. During the spring and summer months puffins migrate to the country which is something that cannot be missed. The days get super long in the summer where the sun never sets and super short during winter where you only get 4 hours daylight. Iceland is a country where the nature takes charge with unpredictable weather and drastic changes in seasons, it has amazing landscapes and the largest glacier in Europe (in area) that can easily be seen. If that does not impress you, then go for the aurora borealis.

360international@auckland.ac.nz
We are available for Zoom appointments Monday-Friday, please email our team