As I said in my previous post, I had a traumatic time trying to find accommodation in Lyon, so it is a bit too soon for me to be writing this as I haven’t fully recovered. In the pre-departure stages of my exchange, I was blindly set on living in a flat with French people, and had a few Facebook groups and websites lined up that I was going to look through to find one. I messaged lots of people before I left New Zealand, but found it pretty hard to get anything settled as it seemed everyone preferred people who were able to come and have a look at the flat or have an interview. So I decided to book into a hostel for the first few days that I was going to be in Lyon and work hard to find one once I had arrived.

However, come my arrival in Lyon, most of the flatting options had been exhausted, and all those who were still looking wanted someone who was staying for at least a year. So I swallowed my pride and began looking at university residences, which seemed to have a few places still available, were reasonably priced and in good locations. But when I began emailing and ringing the residences, one by one I was turned down because they were all full up. I hit rock bottom, regretted ever leaving my cold, damp and overpriced Auckland flat, and slowly accepted my fate of having to live in a hostel for four months.

Fortunately however, my luck turned around after the first week of desperation, and, to cut a long story short, I ended up private boarding with a lovely family of a woman and her two sons, aged 17 and 19, in their gorgeous home, which is located in the most beautiful part of Lyon.

In hindsight, I don’t really know what I would advise to students thinking of coming to Lyon in the future in terms of accommodation. You can either play it safe and reserve a place in a university residence, which would put you in a one-bedroom apartment or studio. These are quite well-priced and give you great peace of mind knowing you have a place to move into straight away, but are quite isolating as you live alone and in a very cramped space. If you want to try your luck at waiting until you get there to find a flat or private boarding spot, I would say go for it as you can really end up with a fantastic result and fully immerse yourself in French culture with your flatmates.
However, just know that IT WILL BE STRESSFUL. Like bloody stressful. You will be stressed. But it will be worth it in the end.

So all’s well that ends well! And my lovely accommodation can now be awarded several accolades in the bi-annual 360 International Accommodation Awards including…

The IKEA Award for home comfort and hassle-free living
Moving into a family home gives you a lot of perks that wouldn’t have been there if I’d gone with (or even found) another option. I haven’t had to pay a bond or sign any unnecessary paperwork, and just give my semi-host-mum 500€ once a month, which works out to be about $190 a week. I didn’t need to buy any furniture, linen or cutlery, am welcome to eat dinners with the family, and I only pay from the day I move in until the day I move out. A dream situation really! What’s more, I have moved into a house which has been lived in and loved for years, meaning it feels much more like home than a small and white-walled studio apartment would have, and is much tidier and cosier than a flat being lived in by a bunch of poor students. 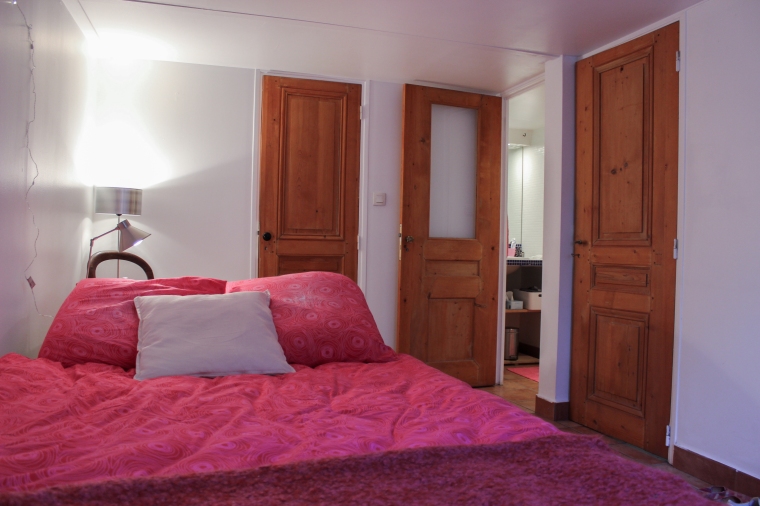 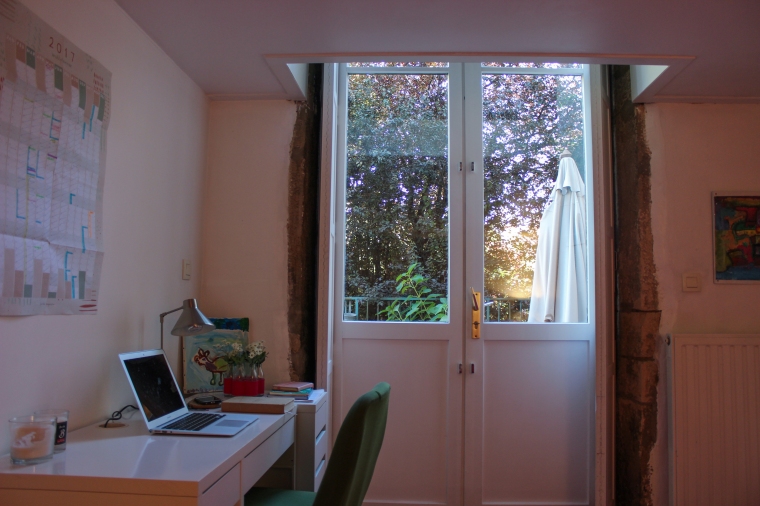 The Block NZ Award for location, location, location
The best part of Lyon is undoubtedly the arrondissements on the western side of the Rhône River, and undoubtedly NOT the arrondissements around the university, where most of the university residences and cheaper flats are. By some stroke of luck, I ended up in the most beautiful part of all, Vieux Lyon, which is the old part of town, and hugely Italian influenced from the city’s history in the Roman silk trade. I am so lucky to be able to walk over both the stunning rivers, through the narrow alleyways and colourful buildings, and past all the restaurants and churches and to get home everyday. I know I wouldn’t love Lyon half as much as I do if I was living closer to university, and private boarding is the easiest way to be in an affordable and nice apartment on this side of the
Saône River. 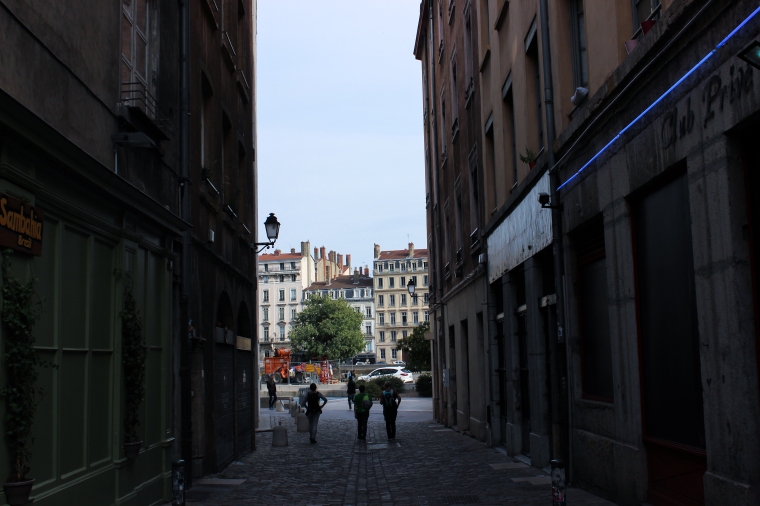 The Friends Award for always having someone there for you:
Living in a private boarding situation, or, as I usually refer to it, a semi-host family, means there is always going to be someone on hand to give you help, advice, or a well-cooked meal. I never imagined myself living in this kind of arrangement on my exchange, and even actively avoided looking into the idea, but it really has turned out to be the best option for me. The woman that I live with has been so warm and welcoming, and feels like a motherly figure away from home, while also giving me the space to live as an independent university student with my own schedule and privacy. My host brothers have adopted me into their family so lovingly, and are great at introducing me to more French people and helping me improve my French. It is such a nice feeling
leaving a stressful day at uni or a night out with friends and coming home to a cosy family home. I’m sure this kind of accommodation wouldn’t work for anyone, but it is so perfect for anyone who thinks they might need a bit of comfort and care every now and then!