I’ve just completed my first semester at Sophia University in Tokyo and am nearing the halfway point of my exchange; although my Auckland Abroad experience hasn’t yet come to an end, this will be my last post on the Auckland Abroad Blog. I’m going to write about my exchange so far – how it has differed from what I expected, things I’ve achieved and things I wish I’d done – then I’ll go on to describe my goals and aspirations for the second half of the year. I’ll throw in any helpful tips and advice that I can think of, and a couple of pictures to break up the monotony.

I had three major goals for this year when I started out; to improve my Japanese, to learn to live by myself, and to build on my business connections. Although my exchange is only halfway through, I’ve already made some significant progress on all of them. I recently participated in a Japanese Speech Contest through my university, open to non-native speakers of Japanese. I was placed in the intermediate/advanced category and therefore instructed to give a five-minute speech on a topic of my choice…from memory. I had about a month and a half to prepare, help from my host Mum and friends, and in the end I managed to come in second place within my category. I think if I’d been given the same assignment at the beginning of the year I wouldn’t have completed it with anywhere near as much confidence.

For someone who has never lived outside a family-household environment, living in a dormitory has definitely been a new experience for me. It hasn’t been as sociable as I expected, probably due to the fact that each room is fully equipped with kitchen and bathroom (and that I’m a hermit anyway), but I think I’ve adapted well to the different lifestyle. Almost everything is relatively new to me; cooking and cleaning, paying bills, sorting trash and taking it out on the right day, doing my own washing (hey I know – spoilt only child here). The only thing that I’ve really needed a hand with was figuring out how to unblock my shower drain, but you don’t need to hear the details of that little adventure.

I’ve also made progress on building a business network both here and abroad, by making international friends at university and by developing friendships with teachers. Outside of the university bubble, I’ve also involved myself in the Tokyo chapter of AFS (the student exchange organisation I initially came to Japan with) and through those connections have met people from organisations including Sony Japan and Japan Airlines.

One thing I was not prepared for in coming to Japan was the method of study at Japanese university. While at UoA we’re given assignments, tests and papers that are difficult to complete but only pile on at specific times of the year, in Japan it’s almost the opposite. The work itself is reasonably easy to complete, but the sheer amount that they give you every day – quizzes, tests, homework sheets, short essays, presentations – means that if you don’t have exceptional time management skills, then it’s very likely you’ll simply run out of time to get all of it done. This “study hard not smart” system meant that I often felt like I was literally drowning in work, and the worst part was, I had to struggle through it for the entire semester, rather than being able to look forward to the end of an ‘exam period’ or the like. My ideas of getting a part-time job quickly went out the window, as did my plans for joining a club, hanging out with my friends or sightseeing around Tokyo. So if there’s one piece of advice I can give you for studying at a Japanese university, especially if it’s Sophia, it’s this: consider lightening your course-load (and think very hard before deciding to take Intensive Japanese – ‘intensive’ is an understatement).

Now that the first semester is finished with, my plans for the two-month summer vacation basically consist of travelling with my parents (who are coming over from New Zealand) and relaxing. Going into next semester, I plan to learn from my mistakes of the one just passed, namely taking the regular Japanese course as opposed to the intensive one. I also hope to use the extra time gained by this to join a club and hang out with the Japanese friends that I’ll hopefully make there. And of course my goals from the beginning of the year still stand; my method for measuring whether my Japanese has improved as much as I’d like will be to see if I pass the Japanese Language Proficiency Test, level N2 at the end of the year. I also aim to keep getting used to what it means to live by myself – I could use some practice when it comes to keeping to my budget – and make more business connections.

I can say that it’s been a real honour to be one of the first student writers for the Auckland Abroad blog and I’ve really enjoyed contributing my thoughts and experiences. I hope some of the things I’ve written about will be able to help you guys with your decisions and preparations, and don’t forget that you’re always welcome to send me an email (even after I’m no longer writing) with your own questions. 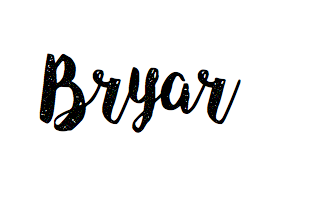