Bi-annual Auckland Abroad Accommodation Awards
A disclaimer: I have only been around a short while and visited a limited number of the accommodation that University of Edinburgh has to offer. I’m sure opinions and experiences vary widely from my own.

Catered:
Best Carb Selection
Of course, this goes to all the houses in Pollock Halls. The JMCC Restaurant puts on a stunning display, with at least one pasta option and sixteen different types of potatoes per meal. In all seriousness though, the catered food is quite lovely (particularly the potato scones that get served up at weekend brunch). We get a full cooked Scottish breakfast every morning (vegetarian sausages come highly recommended), and a broad selection for dinner. There are always two vegetarian options for those interested, but vegans can be left to the wayside occasionally so that’s something to consider.

Most Basic House(s)
Grant House in Pollock Halls, fondly nicknamed Grantanamo Bay many years ago, is one of the “Tower Blocks”. Accompanying it: Lee, Baird, Ewing and Turner. The Tower Blocks of Pollock are your ‘basics’ accommodation, with small-ish rooms that come equipped with a single bed, sink, wardrobe and desk, and communal bathrooms, pantries and common rooms. Since this is where I’m located I’ve got a few photos of the real thing; the others you’ll have to the University of Edinburgh’s accommodation site for pictures, but they’re all pretty true to life.

Most Posh House
Introducing Chancellors Court, Pollock Halls of Residence. Chancellors is well-known for being the nesting ground of posh Londoners, so if Made in Chelsea is your thing then this is for you. There are also double rooms available for cheaper than singles. As long as you’re happy being woken up when your roommate stumbles in at 4am from Why Not Wednesdays (or, alternately, don’t mind a passive aggressive roommate who is mad at you for stumbling in at 4am), this is a viable option.

Most Conveniently Placed Bathroom
Enter Holland House, which has ensuites. Other than that it’s nothing special, and is also the furthest away from the dining hall (so depends whether you prioritise eating food or getting rid of it).

Self-catered:
Most Rodent Infested
Previously Kincaid’s Court, but the resident rat recently died. A raucous wake was held for the late Billie. RIP; she or he (even biology students wouldn’t get close enough to gender identify) will be missed.

Most Fun
Kincaid’s Court, especially now the rat is dead. I tried incredibly hard to think up a better superlative than ‘most fun’, but honestly I couldn’t find a better way to describe it (photographic evidence of said fun provided). Flats in Kincaid’s can have up to 12 people living in them, which means its super social, and they host by far the best parties. For the first 2 weeks of living in Edinburgh I was at Kincaid’s literally every night because there were always people keen to go out and about. They’re also situated in Cowgate which means it’s approximately a 30 second walk to student favourite pubs, like Three Sisters and Stramash. If you’re planning a studious time in Edinburgh, maybe stay away from here; the amount of times we’ve had someone claiming they’re staying in at 7pm, but to have a bottle of Buckfast in hand by 9pm is legendary. 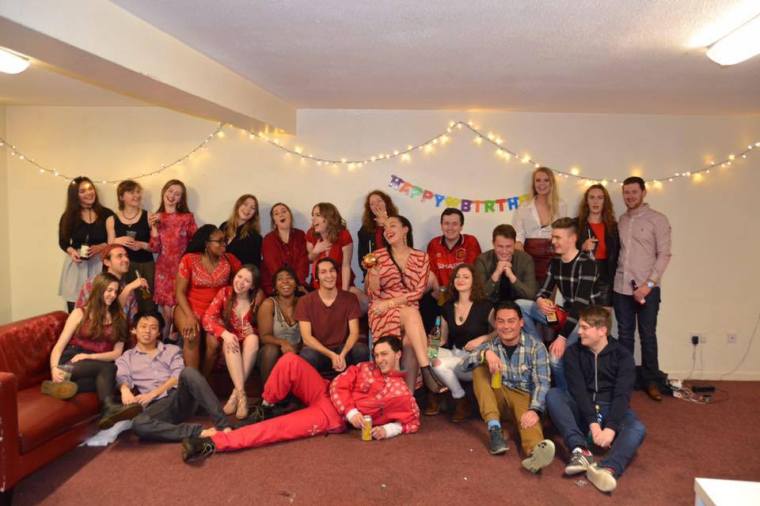 Basically, no matter where you end up staying you’re going to have an amazing time. If you like cooking, then go for self-catered – this is definitely something I miss about flatting back home. However, being able to roll out of bed at 1.30pm on a Sunday and have hash browns and sausages at your disposal is nothing short of heavenly!