Let’s hear what our students have to say!

“History lay on my doorstep in Heidelberg – where cobblestones pave the streets, castle ruins reside on the hillside, where every building has its own story and allure, and also where the oldest university in Germany can be found. With every seasonal change and festive affair, Heidelberg came alive allowing me to see a new side of German culture and of the town.” – Leilani Baldwin, University of Heidelberg

“Hamburg is a great place to live in. It has the best mix of vibrant nightlife and shopping with beautiful scenery. Hamburg has more canals than Amsterdam and Venice combined!” – Susan Tong, Bucerius Law School

On Culture
“Families and friends would all came out together to enjoy the celebrations, the atmosphere, the food, the drinks and the music. Whether it was saying farewell to summer and hello to autumn, or enjoying the Christmas markets, the German culture I experienced is all about the people coming together, socialising and enjoying the good times. Being caught up in these events was one of the highlights of my exchange, and was a brilliant way of learning more about and embracing a new culture.” – Leilani Baldwin, University of Heidelberg

“Bavarians are friendly people who enjoy working hard, rewarding a day of work with relaxation and celebration.” – Elliot Morgan, Technical University of Munich

“Food was one of the best things about Munich, and Europe as a whole. Outside of the bratwurst and schnitzels the diversity of food was incredible and I was able to eat a whole international menu while in Germany.” Romano Chung, Technical University of Munich

On Orientation
“It was so easy to make friends, and people came from all around the globe. There was a massive focus on making social connections and friendships in the exchange program, and we all became way closer after a week in Berlin together!The German students were alsovery accommodating; making an effort to take us out, show us around and even invited us away for the weekend on their law camp.” – Victoria Henderson, Bucerius Law School

“It became very easy to meet people from not only Germany, but also other parts of the world. In the first few weeks and throughout the semester, trips organised for exchange students allow you to not only meet other people studying with you, but also see parts of Germany and the bordering countries you may not initially plan to see. Meeting friends came naturally as everyone is new – I ended up making some friendships which I hope will be able to last a lifetime.” – Elliot Morgan, Technical University of Munich 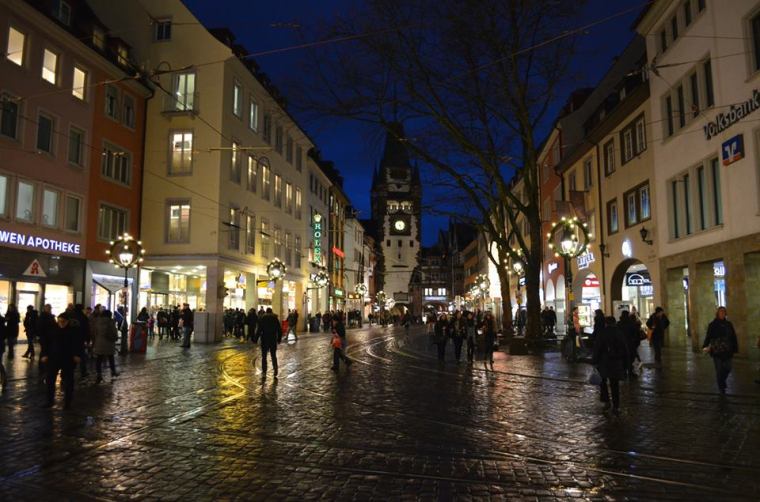 On Housing
“I lived in a nice and cosy student apartment called “Stusie” beside a beautiful park and lake called “Seepark”. It was the perfect place to live in Freiburg because there are more than 50 buildings with students there so you feel safe and not alone and the park is the perfect place for relaxing and relieving stress or going for a run. There are two supermarkets across the road nearby which is very convenient and the tram stop is between the supermarkets and the student apartments. It only takes about 7 minutes on the tram to get to the city centre and university.” – Sierra Chang, University of Freiburg

“The organisation in charge of student residences in Heidelberg co-operates with the university to provide us with housing; mine was newly renovated and nice to live in, and I had my own room but shared the kitchen and bathroom with another person.” – Lillian Guo, University of Heidlberg

On Academics
“Being an architecture student, some of the best education comes through exposure. Not only was I living in a city with some exceptional architectural examples, there are also so many European cities with a rich architectural culture both historical and modern nearby. Some fond experiences were being able to see the buildings that I had previously written on in history essays or referenced in design projects.” – Elliot Morgan, Technical University of Munich

“I took a lot of German literature papers. All my courses were very interesting and I was exposed to the works of many amazing authors, which I had never studied before. I found the workload to be quite light and at first, I felt bad for not studying much. However, I soon realised that I had the opportunity to utilise this time to explore and experience Germany and Europe!” – Aan Chu, University of Heidlberg

“Bucerius was one of the best learning environments I have ever been part of. My lecturers came from all over the world, and were top academics or industry professionals.” – Victoria Henderson, Bucerius Law School

“Participating in physics courses with local German students offered me insight into a different learning culture with very active discussions and a lot of questions asked by students in lectures. The lectures were well paced allowing enough time to digest materials taught, and the lecturers were of very high standard and were very insightful. I would also recommend taking German language courses, as they furthered my understanding of German culture whilst allowing me to quickly befriend fellow exchange students” – Lillian Guo, University of Heidlberg

On Travel
“If you are looking to travel around, studying in Hamburg is a good decision. Geographically Hamburg is somewhat in the middle of Europe and so it is relatively easy to travel around. Being around other exchange students with a thirst to travel, and with incredibly cheap flights and buses, travelling became a weekend activity. It’s a surreal feeling when everyday conversations are about what countries people visited the week before.” – Susan Tong, Bucerius Law School

“I travelled a lot in my free time and made wonderful new friends, which was the highlight of my exchange. Travelling around Europe is easy. There are cheap buses that go everywhere and you can find very cheap flights sometimes with Easyjet or Ryanair.” – Sierra Chang, University of Freiburg

“Leaving Germany I bring back a new maturity, worldly knowledge and different perspective on education; but, I leave behind a beautiful country and group of friends to someday meet again.”