First impressions of a faraway land

Actually, “faraway” isn’t too accurate. This is because I already made the trip to Hong Kong and then to the neighboring Shenzhen about a month ago, for a vacation with the relatives living there. As such, having casually driven to O-work and already well-adjusted to the surroundings, my experience may not be the typical jet-lagged, disorientated, hypnotized, and all-around confused type that is more common for exchange students that just hopped off a plane.

“You can leave Hong Kong, but it will never leave you.” – Nury Vittachi

Greetings everyone! It’s been some time, hasn’t it? Now all the hype, the expectations, the anxiety, and the excitement converges at last. The exchange has begun!

The Accommodation
I am staying at the Lee Hysan hall, which is around 10 minutes’ ride to the university campus. The hall shares its grounds with two other halls, the R. C. Lee Hall and the Wei Lun Hall, which forms a triangle triumvirate that faces each other head-on like a Mexican standoff.

After checking in with the front desk, I arrived at my room on the 10th floor. On first impressions, the place seemed a bit smaller than I expected for two people, with each person occupying one side of the room. There’s sufficient space to deposit all of the luggage I’ve brought (even my clunky guitar case!), but the real highlight is the absolute killer sea view from the windows. I can’t imagine how much this would cost in Auckland!

Sometimes the local students get a bit loud late into the night as you are trying to sleep. Where’s noise control when you need them? Good thing I brought a pair of noise-cancelling headphones to act as makeshift ear-muffs. Generally, they prefer to huddle in their own groups, but by just saying hi and having a chat, you find they have a lot in common with you and are all very nice people.

There is a 7-11 just at ground level to the side of the hall, but for more extensive grocery shopping I needed to take a bus to a larger store. It wasn’t that far away, but you need to brave a mountain of stairs and hills to get there, so much so that I felt like I’m back in downtown Auckland. No, it’s not fun to carry 5kg of grocery and going for a hike at the same time, but a guy’s gotta eat. I would place a walking-distance supermarket much higher on my list if I ever do this again.

Overall, it gets cozy after a while, and you do feel like coming back to a home as you spend a feel days out exploring and dragging yourself back here, exhausted. You will know you have settled in when your accommodation room gets as messy as your own room back home.

New land, new friends
My roommate’s name is Chris. He’s from Maryland all the way in US, and he also brought his guitar like me! He’s studying electrical engineering and unfortunately quite jet-lagged when I first met him. I had to tip-toe around him for several days at 8 in the night while he’s turned in already and vice-versa when he’s up and about at 4 in the morning. I forgive him. I’ve been through this plenty before.

I met some more exchange students from going to the university to sign up for orientation events. We went out for some cool days and nights out in the heart of city, often walking our feet off. But it’s all worth it, as in the midst of the streams of people and zooming cars, you discover a city truly:

Definitely, definitely go out and explore the city with the new people you meet! Preferably before the semester begins and all hell comes crashing down (for me as an Engineering student, anyway).

You notice early on that while English is ok to get by in Hong Kong, not everyone is as proficient as you hope, and it’s somewhat difficult to mingle with the local culture and people without any Cantonese. Hopefully, with the class I’m taking and me being Asian, I can one day successfully infiltrate a local conversation with a mouthful of fluent Cantonese.

A side note, Hong Kong’s public transportation is phenomenal! From the double-deckers that come every five minutes to the metro than spans across the entire city, Auckland needs to step up its game.

The Food
I’m a guy that likes to eat, and Hong Kong is a heck of a place to tick that need. As the cultures of the West clashes with the East, you will be sure to find many authentic cuisines of both types, as well as innovative combinations of both! From dim-sum to fried fish-balls to beef brisket noodles, be prepared to work off those extra gains while staying here!

The University
We can’t forget the biggest reason I’m here right? The University of Hong Kong, lo and behold it in all its glory.

Firstly, this place’s huge! You get a workout from just walking from one side of the campus to the other. Funny story, I spent about 30 minute trying to leave the school once after classes because I forgot where the exits were, akin to a kid lost in an amusement park. I was finally able to escape with the aid of various campus maps planted here and there, but not before I caught a glimpse of a different side of the university after nightfall:

Looking at that picture, you wouldn’t really be able to tell it’s a university right? Seems more like a place you go to wind down and grab a few after a hard week. Overall, a real treat and privilege to study in a place such as this.

That’s all folks!
That’s all I have to blabber about right now. I still have so much to discover and do so I guess I need to be hurrying along now, dim sums and wontons await! See you next time! 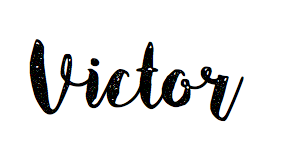