Auckland Abroad has three incredible partners in South Korea : Korea University (U21), Seoul National University, Yonsei University. All of these partners offer courses in English and there are many study opportunities to choose from. Learning the language is not nessecary but a pre-semester or semester language course is recommended.

South Korea is highly urbanised and is distinguished by high rise buildings and sophisticated cities. With a population more than ten times the size of New Zealand, South Korea offers constant entertainment and excitement. To learn more about what it’s like to be an Auckland Abroad student in South Korea let’s hear from our returned outbound students!

“If anyone is thinking of going on exchange to South Korea- which they definitely should, Yonsei is definitely a great choice! This is because the campus is amazingly beautiful, it was the first university in Korea, and the location in the city of the university is the best” – Sonja Rose, Yonsei University

“Life in Korea is very busy. There were many different restaurants, shopping malls, cafes and entertainment places wherever I went, which I found very convenient. The food and shopping in Korea was very cheap. I loved the various food choices and the small clothing shops that I passed by everyday when getting on subways. The transport was also very convenient. There were buses, subways and taxis that could take me anywhere around Korea, and they were cheap.” – So Hee Kwon, Seoul National University

“When I first arrived at the host university, everything was new and unfamiliar. All the systems at the university were totally different from The University of Auckland but I really enjoyed it. The campus was so big that I had to ride a bus to move from one building to another one. Orientation was really fun. Aside from basic information about school and academic life, they actually introduced the culture of the country, for example, what I should be aware of in the bus or subway or even in the public toilet for example, these were things that I didn’t know before!”- Hearin Cho, Seoul National University

“Before the semester began we had an orientation day, when we made our Korean bank account and student ID card and were provided with other living information. Each exchange student has a Korea University buddy that was so helpful. They helped us to adapt to university life because they let us know locations, good restaurants etc. I think my exchange at Korea University was so successful because I made a lot of Korean friends in the clubs that I joined. We went to see cherry blossom, enjoyed ‘IPSELENTI’ Korea University festival and so on.” – Youjung Lee, Korea University

“Throughout the semester, many university events and concerts starring K-pop stars were held within the campus. These were the perfect opportunities to experience the university’s unique atmosphere.” – Sungil Hwang, Yonsei University

“I was lucky enough to meet amazing people within the first few days of being on exchange, where you mainly meet people at orientation and around the dorms. Because food is so delicious and cheap in Korea, almost every night you just needed to find another person around dinner time and bam, you have a new friend to go out and eat with.”  – Sonja Rose, Yonsei University

“A month before the semester started, I was contacted by a student organisation called Korea University Buddy Assistants (KUBA). KUBA was a student run buddy system who help exchange students settle in and organise events for them. KUBA held events such as orientation, field day and also helped exchange students buy tickets during the annual university festival week. They also held weekly lunches, dinners and outings every weekend which would have been really helpful to those exchange students who did not speak any Korean and didn’t know many Korean people yet” – Jasmine Choi, Korea University

“I stayed at CJ International House Korea University Dormitory for one semester the dorm was really nice it was new and it has convenient facilities such as laundry room, gym and study rooms” – Youjung Lee, Korea University

“There are two halls of residence that exchange students can apply  for: International House and SK Global House. Both are quite far from the main university buildings and Downtown. If you are willing to sacrifice the size of your room for accessibility, a private ‘one-room rent (go-si-won)’ located in front of the south gate of Yonsei University could be a better option. I lived in one before the semester starts and I personally had a better living experience in ‘go-si-won’ than the housing provided by the International Office. Also, the cost of the necessities clothes, food and shelter, is relatively cheap!” – Sungil Hwang, Yonsei University

“During my first semester abroad, I stayed at the university accommodations. However, the rooms were a little bit different from what I had expected. Some rooms were extremely cramped with five people sharing one bathroom, while others had two people to one bathroom. Some rooms had living rooms attached while others didn’t, and some double rooms had bunk beds while others did not. The dormitory was also located at the top
of a hill located more than 1km away from the campus. In semester two, due to the major influx of new students coming in from America and Canada, previous students were asked to move out. As a result, I moved into a studio room closer to the university which ended up being much cleaner and cheaper than living in the dorms.” – Jasmine Choi, Korea University
On campus life:
“The Seoul National University campus was very different to that of The University of Auckland. The campus was so big that I had to ride buses or taxis within the campus to get to other buildings. Within the campus, there were convenient stores, student cafeterias, cafes and restaurants. There were student cafeterias that had different menus every day, which included Korean food as well as other International food. Also, there were many restaurants in the campus that I had seen outside, in the city, before. They were all price friendly for students” – So Hee Kwon, Seoul National University

“The lecture style was similar to the University of Auckland but each lecture had participation marks. The campus was really large and each building was gorgeous. Every facility was always tidy and clean and everything you need could be found on the basement floor such as the book store, restaurants, library and cafe etc.” – Youjung Lee, Korea University

“The professors at the home university were very kind and warm-hearted. They welcome exchange students, even if you take courses that exchange students don’t usually take. Of course, you should be quite fluent to take courses in Korean, but I grew up in Korea when I was under ten, so I knew how to speak in Korean. Here is a tip:  it is very handy to learn bits of the language of the country where you will exchange to if you are going overseas to non-English speaking country!” – Minjung Kim, Soeoul National University

“The courses were pretty much the same as at The University of Auckland, but the professors were slightly different in the style of their teaching. Most of them were just dictating the materials of the topics unlike here, where the lecturers teach everything step by step.” – Hearin Cho, Seoul National University

“Enrolment into courses was quite difficult as it is very competitive in Korea. Surprisingly, many of the courses run in English only had four or five exchange students in it, with the rest of the class being regular Korean students. However, once I was enrolled, the courses were quite similar to the courses here, and professors were always more than happy to help.” – Jasmine Choi, Korea University

“Just right in front of the campus there were so many cheap and delicious restaurants – the price is approx.  $8 and above. I love Korean food so I was so happy having a chance to enjoy delicious food.” – Youjung Lee, Korea University

“I think the highlight of my exchange was that I travelled to such beautiful places in Seoul with my friends. I found out that the Korea subway is so convenient to travel around Seoul and the bus was easy as well. You can travel everywhere you want by bus or subway!” – Youjung Lee, Korea University

“Seoul, the capital city of Korea, was always full of people and traffic, but I only used subway stations to get somewhere, so it wasn’t a problem for me. As mentioned earlier, there was a buddy programme which gave me lots of chance to travel around and experience what it’s like to live in Korea, so don’t worry, your travel plans will be sorted if you just stick to your new friends when you get there” – Minjung Kim, Soeoul National University 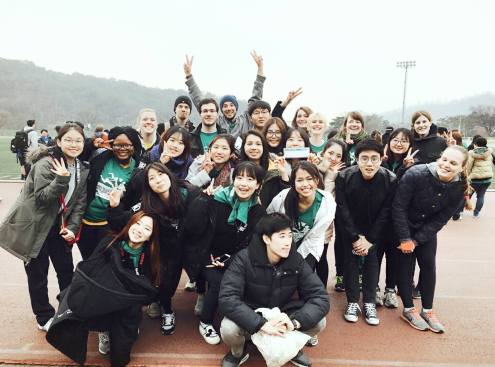 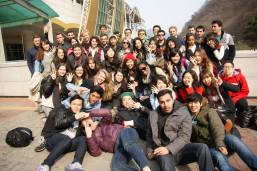 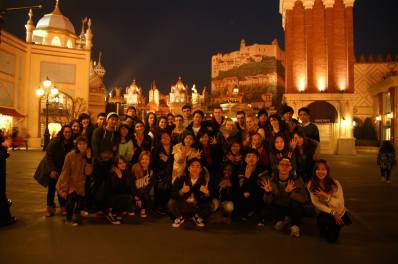 “While I was away in Korea I visited Japan and I was surprised by how much more active, busy and how many more events there were in Seoul compared to Tokyo. Seoul really is the best, you won’t get bored as long as you aren’t afraid and just go out of your room. Getting out of the city to see other parts of Korea is also of course a must, with trips to the North Korean border, Busan, Jeju Island, Gwangju and Sokcho all offering amazing views and long histories. South Korea is considerably closer to the rest of the world than New Zealand is, so being there is a good opportunity to do some other travelling while you are close to the rest of Asia. Some friends of mine travelled to places like China, Philippines, Thailand, Myanmar, Vietnam, Hong Kong, and more.” – Sonja Rose, Yonsei University 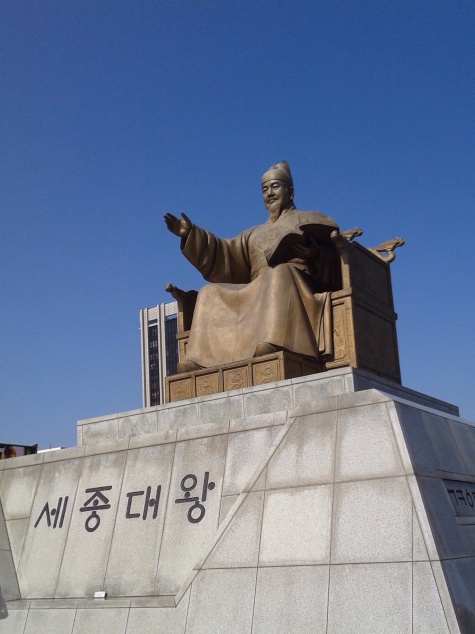 “During the year, I did quite a lot of travelling as I did not have class on Friday’s for both semesters. Travelling domestically in Korea is extremely easy as public transportation is so easily accessible. During the inter-semester break, I also took advantage of the fact that I was in Asia and travelled to other nearby countries such as Japan.” – Jasmine Choi, Korea University 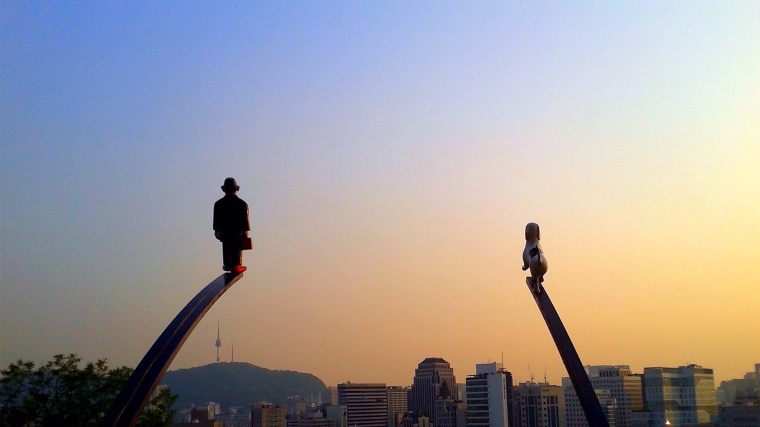